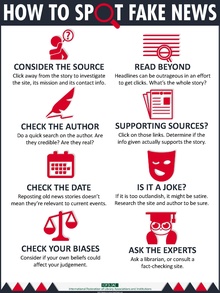 How do people differentiate between fake and real news? And if we are in a negotiation, how do we apply our bullsh!t meter to detect spin, distraction or straight deception?

From the other side of the table we might ask: how do we propagate inaccurate beliefs? How do we affirm a false sense of accuracy in their thinking? How do we promote ‘familiarity’ with something that’s not true? How can opinion defeat data?

Can you differentiate fake news from the real?

Research suggests people who overclaim their level of knowledge and display shallowness with analytical thinking have difficulty differentiating real news from fake news. The mediator of these choices is identity – how people see themselves. Fake news is counter-culture, a rebellion, a reflexive open-mindedness. Its base lies in the identity of victimhood, hence they choose tribalism over cooperation, opinion over data. If the fake news gives a voice, power, identity, then the data hardly matters. It’s harder for those people to tell the difference between real or fake news, and it suits them not to try too hard. Who published it can prompt blind allegiance. The familiarity of a headline or a sound bite, whatever its quality, can be enough to sway opinion, because the consumer’s identity has been affirmed.

Negotiation through the looking glass…

Consider the lenses of powerlessness or dominance, of religion or science, of isolation or community, of fear or aspiration. If I believe I am powerless (a victim), I may be seduced by conspiracy. If isolated (abandoned), seduced by a revolutionary cause. If fearful (vulnerable), by a fightback through anger. In this context, the ‘suspect’ social beliefs that people have can be writ large, and social media is an excellent medium for connecting them with each other.

Here are our key take-aways for the effective negotiator:

In the end, all outcomes are driven by what people choose to believe. Looking at data through our different lenses and identities determines its meaning, and thereby the actions we take and the outcomes we achieve. Uncovering beliefs is one reason why we explore the other party’s mindset during pre-negotiation, and invest in open questions in our negotiation process.

My son is a stone… 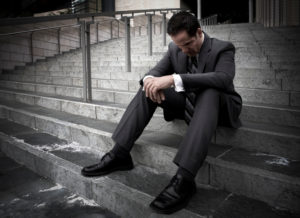 …says a mother to her son. He was 40 years old and had no idea what she was talking about, but he knew he didn’t like it.

My friend shared this with me in a Seoul restaurant. As we had facilitated /translated emotional intelligence together over some years, he had clearly started to apply some of the reflection skills for himself. He became aware that at times he had certain feelings in his stomach that he did not understand and that until now he just pushed down. Suppressed. Gagged.

As he started to pay attention to them, he realised the feelings were not all the same, and that they could sit there without the need to push them away. They weren’t always useless. He then started to differentiate between them. The penny dropped, and at the age of 40, he realised he had emotions.

He started to name them, and noticed they could occur together, and even contradict each other.
He’d tried to tell his friends, but he got two types of responses: complete non-recognition, as if he spoke another language , or laughter and ridicule.

So the person he tells is from outside his culture. The good news is he is still learning at 40.

For an older man, how did this begin? The trigger was a comment from his mum that got to him. For me, it was the death of a close mate in the Christchurch earthquake that forced me to address my attachments. For others, its being threatened to lose their job (redundancy/redeployment), a workplace injury.

But men, confronting challenges at 50 – is that always crisis-driven? I think we’ve lost touch with the stages of adult development. Vaillant describes them:

The challenges with these models are always about their dynamics:

What we see, from men particularly, are careers commenced without the independence or intimacy to support it, 30 year careers that are suddenly thrown into reinvention, without any idea what that is.

For my friend, it began from the beginning – successfully or not marking independence from parents and growing awareness of emotions / intimacy.

Men don’t need to remain stuck. Stages can be facilitated with the right help. Men need to be reintroduced to developing more than their corporate skills without needing a crisis, or the stigma of embarrassment or ridicule.

How does your company target your corporate training menu on these issues?

Tags: career emotional intelligence emotions generativity guardianship identity men Vaillant wisdom
« Here I negotiate, ready or not…
50/50 is as bad as it sounds… »