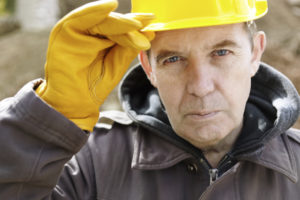 A marriage separation has broken his heart. “She’s up the road with another fella, I’ve got the kids”. His mates must know – but how much do they know? He still turns up for work, keeps to himself, does his job. ‘Yeah – he’s fine.’ Except….

I’m sorry to hear that… who have you talked to about that? “Just you, now. My mates… they must know, but no-one has said a word to me.”

He faces huge challenges now, and only has to lose his job for a crisis to be fully present. But how visible is this from the outside? For all intents, he’s fine, he’s turning up. Best not to invade his privacy, give him his space.

He is so far also demonstrating a lack of coping skills and resilience as yet unfound – he lacks the skills to communicate to his mates, chooses first to tell a trusted stranger (me) and hopefully that in itself is a step in the right direction. But his instinctive responses are sending him the wrong direction. He needs help. Whose problem is this?

Would the workplace want to know (think also ‘fly in fly out’) if their employees were spending their leisure time so poorly – returning so empty? If the workplace developed his personal coping, could they expect an increase in use of his corporate competencies?
Would his mates be devastated to learn that they were meaning well, but letting him down?
What would a company be willing to invest to keep this capable employee healthy, even if they have not directly created the problem? They certainly have to live the consequences. Why not start something? Help solve this problem.